The lanky Salman Khan says to cutie Bhagyashree this worldwide promise. Seriously, this was always the norm, that in friendship No Sorry No Thanks. How very true that one never expects a friend to apologize or show gratitude. 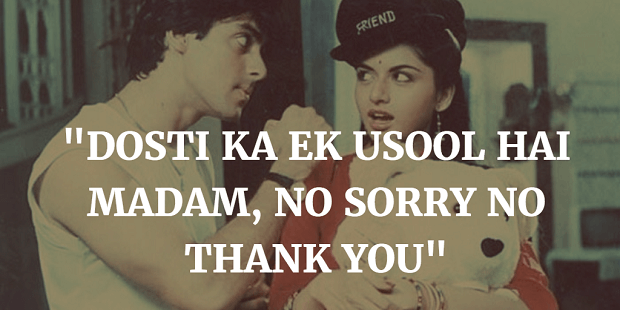 Friendship is the only relation that does not need any formality. In the same way that it hardly demands respect in the literal terms. Because when we respect friendship we respect the friend also. The only thing to respect is the likes and dislikes of each other. No personal ideas or ideals to be forced upon one another. One should accept the friend as they are.

Talking about friends do you all remember the friendships in the epics. This relation has enchanted not only the common man but even the divine. The famous friends, Lord Krishna and Sudhama, Prince Duryodhan and Karan, Lord Rama and Hanuman have proved that this emotion cannot be taken for granted.

If Sudhama thanked Lord Krishna for blessing him with wealth, then it would have been understood as a favor. Lord Krishna blessed him with these riches probably because he was capable of it and his friend deserved it. Don’t you agree that Karan was given a part of Duryodhan’s kingdom only because his friend was worth it? If Karan kept his friendship till his last breath, well it was not out of gratitude but because of his commitment for the friendship. Needless to say the case of Lord Sri Ram and Hanuman, who, of course, have proved that friendship, has nothing to do with divine or common. Lord Krishna also had a great bond of friendship with Arjun. He was with Arjun whenever Arjun was in need. He guided and supported in the fierce battle as well. More than anything else Krishna helped Arjun morally and emotionally. All the traits necessary of a true friend. 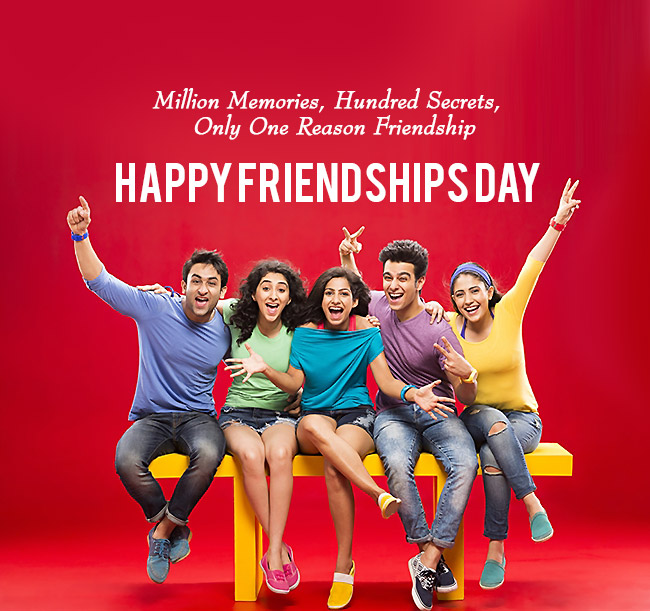 The intellectual duo of Akbar and Birbal cannot be forgotten. Akbar never felt superior to Birbal and Birbal never inferior. That may be the reason for both to make history with their wit and intelligence and the innumerable stories woven around them. I do not think that they needed to thank each other for being their friend or to feel apologetic of any wrong doing. There were many times that Birbal proved Akbar wrong in his judgment. But that never was the point of debate.

Friendship is a feeling and an emotion that runs close to one’s heart. I remember once when I learned that my friend was feeling awkward to take help from me. I tried to explain that there need not be any formalities in this relationship and whatever help I have extended was purely situational. But the ‘friend’ failed to understand and kept feeling gratified. That was the day when I called off the friendship because this won’t last long if one feels gratitude towards other.

Once, my daughter met with a minor accident. The fact that it was minor came to light only when we went to the hospital. Her friend also was injured. The cause of the accident was not known very clearly as both of them kept saying that it was their fault and not the others. They tried to safeguard one another as whoever would have been responsible for this situation could be seriously dealt with. But both maintained that it just happened. It was an overwhelming site to witness where two friends were so deeply involved in their relationship that they weren’t scared to face the serious consequences, once the culprit was found! Though I was angry, the fact that both respected the relation made me forgive both.

This must be the reason that UN also decided to declare August 2nd as World Friendship Day and interestingly Winnie, the Pooh is the brand ambassador. If you are planning to get gifts for best friends, try getting them chocolates, flowers, friendship day greeting cards, personalized mugs, personalized posters, and other similar gifts! Thank you friends for being friends. Oops! No Sorry No Thank you!

Wish you all a very Happy Friendship day.