The God whose vehicle does not match with his body, the god who does not have the looks that the other god has is the most loved god. Ganesha is a friend of every person. With a few lines you can easily represent him. My favorite god, bandhu and Sakha is Lord Ganesha. 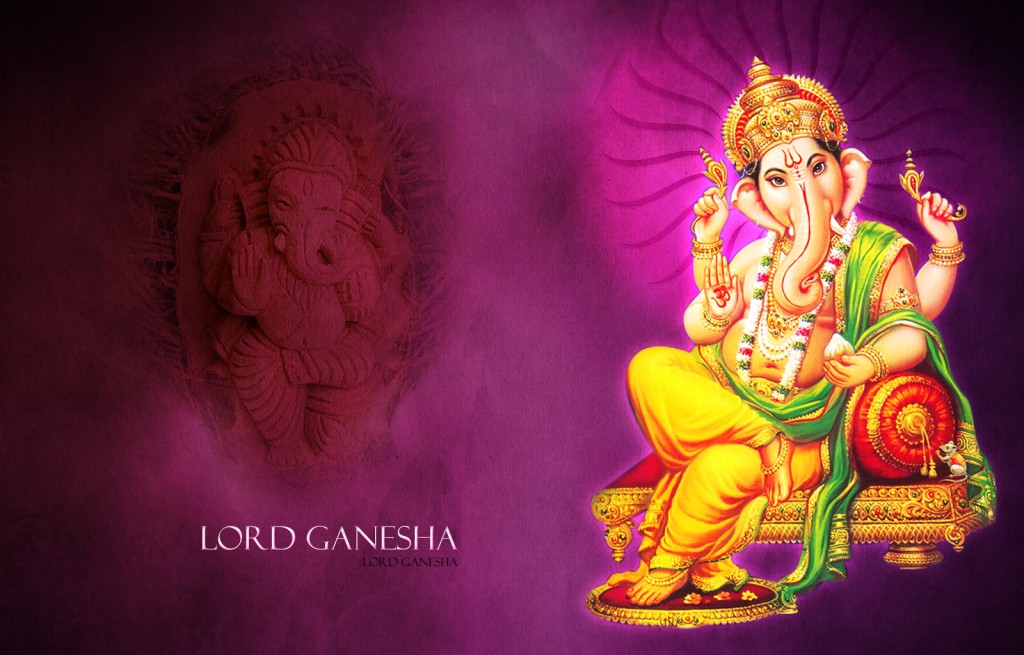 There are a number of stories about Ganesha: about his birth, his dedication to his parents and about his appointment as the head of the Ganas or army . The unusual story about how he has got the elephant head is real fancy. But we just can’t imagine our dear little God with any other head, for sure. He is believed to be the most important of gods and should be worshipped before any other god. 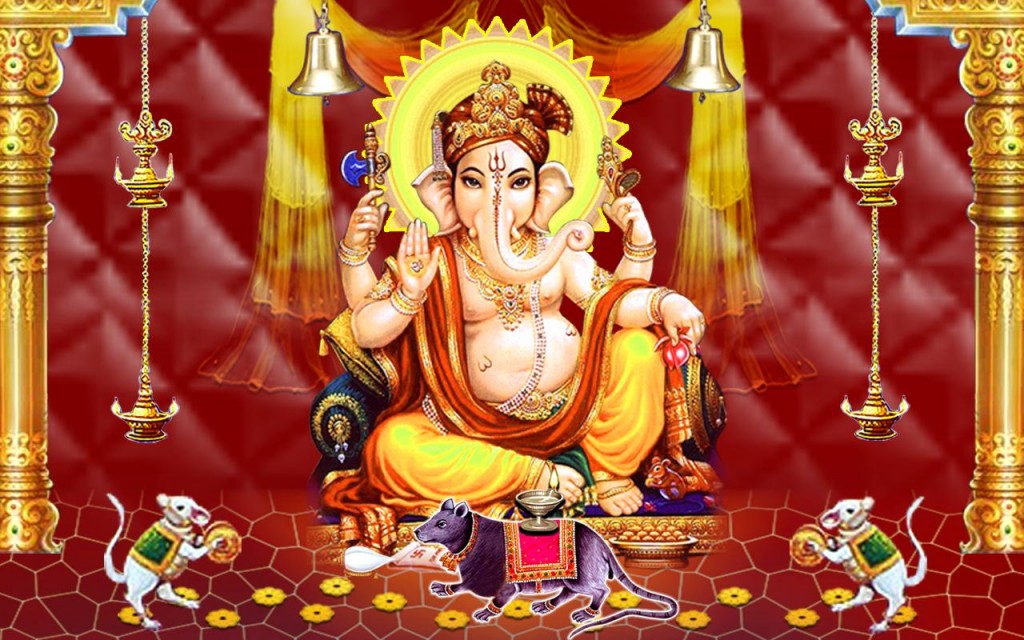 A story that I remember about why Ganesha is worshipped first goes like this. Once all gods in the heaven were in a dilemma as to who is the most revered of all of them. It became a big discussion and they wanted a true representation. Then a competition was held to fill the space. The competition was thus: Whoever circumnavigates around the three worlds will be declared the Ganadhipati. All the gods set off but our little god who has a disproportionate body and a tiny vehicle like a Mushika (mouse) was dejected. He knew he cannot stand a chance. But we do have our Naradamuni who gave a guru mantra to Ganesha. Ganesha appeared everywhere in the first place when the other gods were still on their way. At the end of the race, Brahma asked Ganesha how such a miracle happened. Ganesha replied that he went around his parents Shiva and Parvati three times as Parents are all the world for them. He also said that all the world lies at their feet and so going round them in pradakshina means to go around the world. this impressed all the gods and he was given the Ganadhipathi. 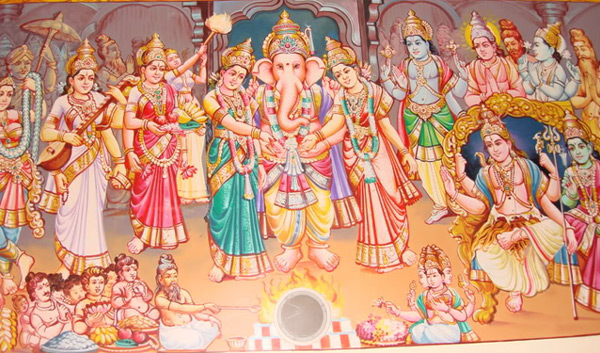 There are stories about why he heads the army. I want to share it with you. I heard this story where Shiva was to announce the head of the army. The younger son of Shiva was of the view that he will be given this title only because he is powerful than Ganesha. But here too Ganesha wins over Kartikeya by wit and not power. This episode showed that it is not always Strength but Intelligence that works. Well, rest as you know he was made the head of Ganas. 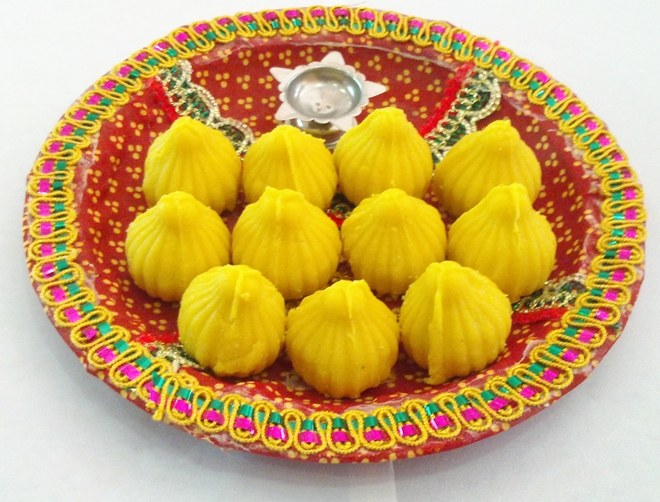 The God who loves Modak, and mesmerizes with his appearance and blesses one and all with good things in life is Ganesha. Do you know that an idol which has the trunk turned towards its right is suitable for worship? As his birth is with earthly material, the idol preferably be made of mud clay. Also his favorite Modak, is symbolic of good luck. The durva( grass) with 3 or 5 veins are offered as ganesha is believed to have conquered all the three lokas and is the guard of these. 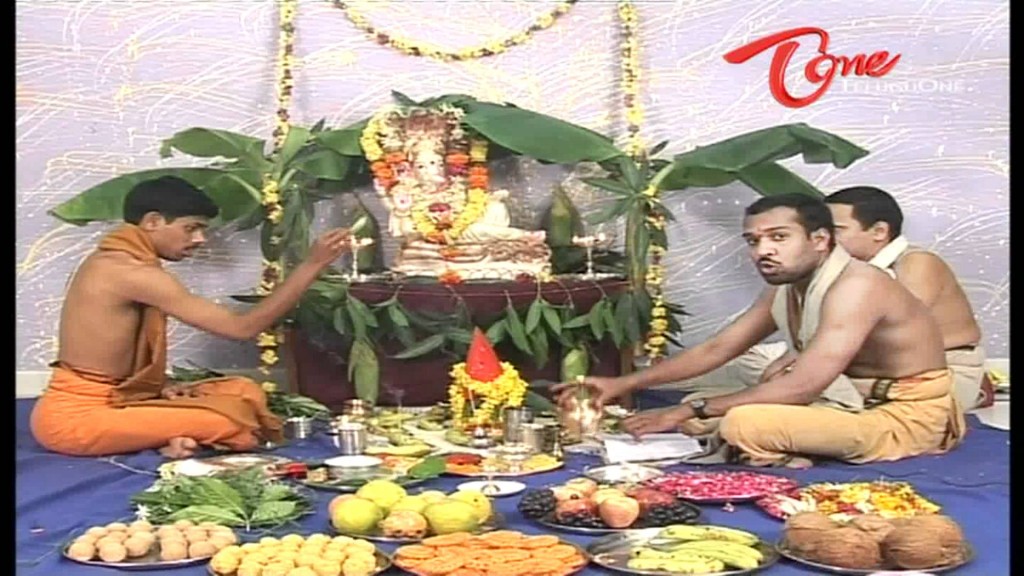 I can tell you volumes about Ganesha as I have heard so many from my grandmother. The legends about this adorable lord are aplenty. In any case, it is important that we worship with dedication.