Nowadays, people have moved on from the old fashioned way of expressing their feelings personally to someone, and digital speech has catered to different needs in numerous ways. 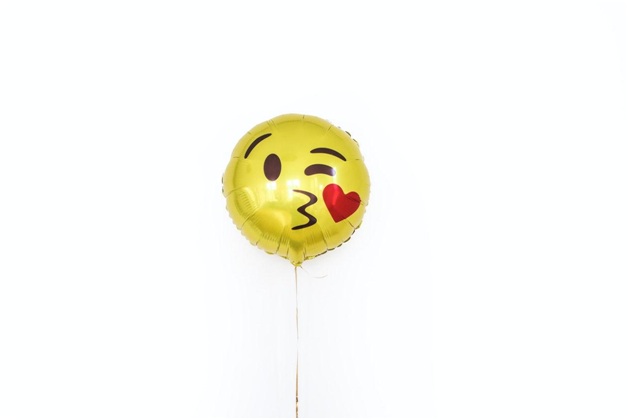 A person with a disability can be the chivalrous knight he or she has always wanted to be without leaving home.

The Unicode Standard has added thousands of emojis since its birth in 1999, and the bulk of what we now call “Millennial Conversations” is always adapting to whatever society needs. Simple, innocuous pictures have never been more useful in leading flirty conversations to succeed. Here are three emojis you can use to gain that extra leverage in building a relationship.

Spending a fortune right away isn’t necessary to show your partner that you’re ready to tie the knot. Sometimes a not-so-obvious diamond emoji can give your partner a hint he or she needs to prepare for a once in a lifetime ceremony, which is marriage.

The diamond emoji is basically the visual representation of the most precious stone on earth and it is shown with a light shade of blue with the familiar and industrial shape of a processed diamond. It is characterized by beautifully cut lines and edges descriptive of a commercial-grade gem.

If you’re ready to take things seriously, then set the mood by casually adding the diamond at the end of a conversation. It can be a back and forth about the future or plans about stability; the rest is up to your discretion to insert this emoji seamlessly into the fray.

The diamond or gemstone emoji is famous for catalyzing something grandiose like a marriage or the start of a conversation about spending your life with someone. Many relationships started and ended with this emoji, but hopefully, you can put it to good use and get that sweet and miraculous “Yes, I do” from your significant other.

The heart emoji is already so overused that most people forget that the two hearts emoji exists. This character is best used to express one’s feelings while acknowledging that the other person reciprocates affection as well.

Designed to be a visual representation of two hearts joined together as one, this emoji is rarely used because of the existence of simpler and more common alternatives. The two hearts emoji can be seen in either pink or red but is also sometimes shown in other colors on android devices.

In our day and age, narcissism is subconsciously etched into our digital communication fibers because the most used emojis are commonly the ones that express individuality. Making use of these uncommon ideograms will set you apart from even the most fluent and convincing conversationalists.

Another less commonly used emoji is the Pink Hibiscus, a flower that thrives in warm climates such as Hawaiian and Polynesian locations. It is most often associated with Valentine’s Day but can be used in most romantic conversations. The Hibiscus was approved for Unicode 6.0 in 2010 and added to Emoji 1.0 in 2015.

It is portrayed in most iterations of android and iOS with a vibrant and deep pink hue that is accented with leaves protruding underneath to give it that extra glow of a carefully picked flower. The hibiscus emoji is distinguishable from other flower emojis because of its prominent color and shape.

The Pink Hibiscus is ideal for those light conversations where you’re not getting into a deep and profound talk about how you feel for each other but instead just genuinely showing the other person that you care. It can have a similar effect as leaving a cheesy note beside a coffee cup for someone you are affectionate about.

For all, you chivalrous nerds out there looking for the proper emojis to make your partner feel special, look no further as we have covered some of them and described how they could be used. What matters is that you get your feelings and thoughts across without sacrificing effort and quality of speech.

Human interaction has evolved from physical appearances and has leaned towards online communication. The existence of emojis can mend a long-distance relationship from crumbling and the impossible chance of someone finding love online.