As the Father’s Day is approaching and we would like to dedicate this article to all the wonderful fathers, role models, father figures, and male mentors out there who have touched the lives of many people out there: be it your own children’s, others’ children’s, your family, people you’ve admired, people you’ve coached, and the world at large. We would like to thank you all the father’s worldwide that you do and care for your kids. We thank you for being you. We appreciate your presence and many times silent but impactful role you have played in our lives. 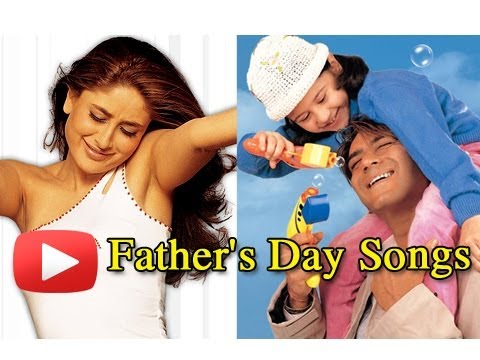 You’ve perhaps heard that having a strong male influence is significant in a young boy’s life, but it’s equally vital for daughters to have one as well. Anoptimistic father-daughter relationship can have anenormous impact on a young girl’s life and even control whether or not she develops into a strong and confident woman in her future.A father’s influence in his daughter’s life shapes her self-confidence, self-respect, confidence and opinions on other men.What matters in the father-daughter bond is that Dad seeks to live a life of honor and morality, avoiding duplicity and admitting his own failings so that she has a realistic and optimistic example of how to deal with the world. He should try to model a thoughtful approach to life’s big questions so that she can pursue to do the same.

How dads influence their daughter’s relationships

The kind of men that women date and have lasting relationships with is also directly linked to the kind of relationship a girl has with her father. Apparently, the hope is that the father figure in a girl’s life will aim to slope that young lady’s opinions of men in an optimistic way. He must, first and foremost, treat his offspring with respect and love. Whether or not he is wedded to or still together with his offspring’s mom, showing respect to her mother is important as well. He must also value and respect women as human beings, and not as persons to be used for. Daughters will see what their fathers believe about women by how they treat and respect women, or by how they fail to do so.

Top 5 Bollywood Songs to Dedicate to Your Dad:

Dads and daughters: From infant to kindergarten

We now live in a nation where Dad is an equal partner in love and care giving. From day one, dads are cheered to be hands-on, changing diapers, giving baths to their kids, putting their kids to sleep and calming her cries. That occurrence and effort is the start of a very important relationship.

So now we all know what vital role is played by our hero. So this special Father’s day 2021 let’s make them feel special in every way possible. You can dedicate father’s Day Special Hindi Songs by simple browsing happywalagift.com. Isn’t that sounding fun and interesting?